Living in God’s Two Kingdoms: A Biblical Vision for Christianity and Culture is by David VanDrunen, who is Robert B. Strimple associate professor of systematic theology and Christian ethics, Westminster Seminary California. The book is published by Crossway.* 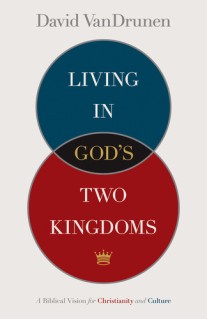 One thought on “Book Review: Living in God’s Two Kingdoms”