I’m coming to a realization. While this truth is one that I have always intellectually asserted was true, it has become increasingly real to me. Perhaps, I am just getting older. Perhaps maturity is finally setting in. Whatever the cause, my eyes are open. To what do I refer? What truth is it that I am having forged in the front of my mind in these recent days? That the Gospel induces a maddening rage in most and a lucid awakening in some. 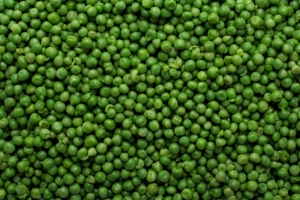 "Peas are nutritionally deficient and morally evil!" - an angry toddler

While this is true and becoming real to me, the source of this rage is what is most interesting to me. If I were to preach the good news that peas grant eternal life, when eaten twice daily, no one would write a book called “Peas Are Not Great: How Green Sphere-Shaped Vegetables Poison Everyone” or “The Peas Delusion” or “Letter to a Pea-Eating Nation” (unless that person was an angry toddler hell-bent on leaving the peas on his plate).  The response among my hearers might be tepid or it might encourage them to eat peas twice a day. But it wouldn’t be rage. Yet, this is the exact response preaching the Gospel of Jesus Christ incites among the world’s elite thinkers, movers and shakers. And I believe the root of this phenomenon is the authority the Gospel assumes. Peas assume no authority. You either take ’em or leave ’em (personally, I’ll leave ’em!). But the Gospel projects an authority. It demands submission; complete surrender. To those who reject that authority, the Gospel becomes an unfathomable audacity, an anathema worthy of the greatest rage and greatest attack.

Solomon’s words are applicable here. “What has been is what will be, and what has been done is what will be done, and there is nothing new under the sun” (Ecclesiastes 1:9). This rage is nothing new, for Jesus himself faced the rage of those who keenly understood the implications of his Gospel. As the story unfolds in the latter chapters of Luke’s Gospel, we find Jesus with his face set towards Jerusalem. Despite the dangers that await him, despite the temptations to avoid the suffering in his path, Jesus marches towards Jerusalem with steely resolve.

While rage has greeted Jesus from the beginning of his ministry (Luke 4:16-30), it is finally reaching its crescendo. After entering Jerusalem on the back of a donkey to jubilant throngs (Luke 19:28-39) and cleansing the temple (Luke 19:45-48), the rage comes to a head. Throughout his ministry, Jesus would do and say things and it bristled the religious leaders. And the root of their bristling was the authority Jesus assumed. “Tell us by what authority you do these things, or who it is that gave you this authority” (Luke 20:2). Finally, it comes out. They believe Jesus acts with an authority above his pay grade. And it was time everyone else knew it. But there was a problem. Jesus refuses to play their game. “He answered them, ‘I also will ask you a question. Now tell me, was the baptism of John from heaven or from man?'” (Luke 20:3-4). He turns the tables on the religious leaders and now they find themselves stuck. They cannot answer the question. Either answer puts them at odds with the crowds [1]. And they feared the crowds (Luke 20:6). So they answer that they did not know. And Jesus responds by refusing to answer their question directly. But what follows is interesting. Jesus tells a parable. And for those with ears to hear, Jesus plainly explains where his authority lies.

The parable Jesus tells is the Parable of the Wicked Tenants (Luke 20:9-18). An owner rents out his vineyard to tenants. When harvest time comes, the owner sends servants to gather the owner’s share. But as the title of the parable tells us, the tenants are wicked. They refuse to listen to these servants. So the owner sends his son. Surely, the tenants will listen to him. Rather, the tenants reveal that the depth of their wickedness. They kill the son, the heir, in the vain hopes that they can claim the vineyard as their own. And what will the owner do to these tenants? He will destroy them and give the vineyard to others. The reaction of the listeners is surprise. Would God really do this? And Jesus concludes with an emphatic statement. The stone that the builders rejected becomes the chief cornerstone. Those who fall on this stone will be broken and on those whom the stone falls, will be crushed.  Jesus correlates the rejected stone and the rejected son. And what is true of the stone, is true of the Son. For those who have ears to hear, Jesus is plainly telling them where his authority lies. It lies in his sonship. The only begotten Son of God has all authority. He is heir of all things, because it was through him that the created order exists (Hebrews 1:2).

And this is the rub, the root of the rage that Gospel incites. Those like Christopher Hitchens and Richard Dawkins understand clearly the authority the Gospel projects. And they reject that authority. They do not believe in God. Therefore, the claims of Jesus, the authority he commands, is a fraud. It is immoral. An opposition must stand. And they would be right if not for their failure to see that there is a God. And He has commanded that those who would worship and follow Him, should worship and follow Jesus (Matthew 17:4-8). For Jesus is the perfect image of God.

It would be easy to stop there. “Those foaming-at-the-mouth atheist better watch it!” But the Gospel and it’s authority is not just for atheists and other non-believers. Primarily, the Gospel is for the people of God. What can we glean from the rage that we see around us? Perhaps, the atheists understand the Gospel more clearly than we do ourselves. We can look around the Western church and what do we find? An anemic, luke-warm moralism. How can this even resemble the body of the One with all authority in heaven and on earth (Matthew 28:18)? It does not. For, those who have experienced a lucidly awakening, a different sort of rage should simmer within;  directed not at God, but at sin. A rage at the darkness and one who rules it, bursting forth in mission efforts, both global and local. Perhaps an even greater audacity exists in the hearts of those who claim to understand the implications of the Gospel, yet show no signs of it. Perhaps what is truly unfathomable is not the rage the atheist feels when confronted by the claims of the Gospel, but rather the indifference of churches that claim fidelity to the Gospel.  Rather, let us tremble before the One with all authority. And let us act as if this authority is on our side, for it is. And nothing can challenge us or overtake us, because nothing can challenge or overtake Him.

BACK TO POST1 – If the religious leaders had answered that John’s baptism was from heaven, they believe Jesus would be able to question why they rejected John (Luke 20:5). I believe a case can be made that their fear of being accused of rejecting a heavenly baptism was still in the crowd. They did not believe Jesus held divine authority. So they did not fear him. They only feared his sway he held over the crowd. For they hung on Jesus’ every word (Luke 19:48).